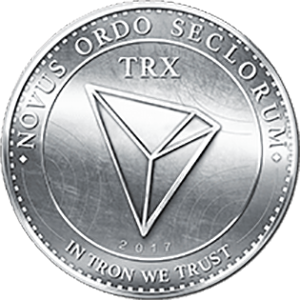 These days, cryptocurrency is becoming all the buzz. It started with Bitcoin and has grown into a market of its own, offering various selections and even being hosted on several platforms dedicated solely to cryptocurrency.

TRON is one of those cryptocurrencies. TRON is a high-volume cryptocurrency with nearly 100 billion TRX shares in total supply. At just over $0.03 per share, they have a market cap of $2.14 billion. That makes them the 10th largest cryptocurrency by market capitalization.

How do I get shares of TRON?

Generally speaking, TRON is offered through cryptocurrency exchanges like OKEx, Binance, Bittrex, Huobi, and others of that nature by exchanging them for other cryptocurrencies like BTC or ETH. It currently is not possible to purchase TRON (known as Tronix) with flat currencies, though that could become a possibility in the near future.

What makes TRON stand out?

In a growing world of cryptocurrencies that all sound alike, there are a few things that set Tronix apart from the others. But it is important to know what Tronix is meant for.

TRON is designed with the intention of making entertainment content cheaper to consume and easier to sell. The goal is to eliminate the middleman by putting the content in something of a blockchain, allowing the creators and consumers to exchange content without a middleman.

What makes Tronix unique is that its content is free and uncontrolled. This includes images, characters, video, and audio that can be saved, uploaded, and distributed. Not only that, digital assets would get through the distribution and delivery of content cost in order to simulate the create of environmental content.

Additionally, a person would be free to distribute digital assets in the form of ICO, whereas others would enjoy the services and benefits caused by the continuous development of data by buying those digital assets.

What are the criticisms of TRON TRX?

As with any project that gains notoriety, there are downfalls to it. There have been claims of plagiarism in the whitepaper of the whole project that has appeared in Spanish, English, and Russian translations. This document claims that the internet is not free and that users should have rights when it comes to owning and controlling their own data and should be able to disclose information voluntarily and freely.

TRON has argued against those claims, citing translation issues and denying having plagiarized whitepapers of IFPS and Filecoin.

TRON is here to stay

With a market cap of nearly $2 billion (and having achieved a high of nearly $20 billion), TRON is going nowhere soon. The digital entertainment market is a trillion dollar business in the United States and TRON is aiming to become a focal part of that industry. There is also this to consider: TRON has most of its investors in China and due to the massive population there, TRON maintaining popularity there would be a huge windfall.