Why bitcoin grows again in 2019

In recent times the price of Bitcoin has bounced back after long hiatus. BTC to USD has reached USD 11K+ in June 2019. The trading activity has increased and price surged over 200%. What happened? Why Bitcoin is growing again? The opaque nature of Bitcoin prohibits to know the exact reasons for the price surge. However, certain theories can be made based on experiences and knowledge of trading and other asset classes. They are discussed here along with a brief history of Bitcoin.

Bitcoin is a cryptocurrency, a kind of digital money, which was invented by Satoshi Nakamoto. The actual identity of Satoshi Nakamoto is unknown, even it is not known whether it is a he or them, but everybody knows about Bitcoin. It is a virtual alternative currency made by a process called mining. It can be used for purchases of other currencies, services or products but mostly it is used for speculation purpose. It is not centrally regulated and hence it is often linked with illegal transactions. It is criticized for high price volatility and lack of regulation. There are various Bitcoin alternative cryptocurrencies or altcoins are in the market but Bitcoin was the first and till now it is the by far largest by market capitalization.

Rise and Fall of Bitcoin’s Price: Price volatility has always been a key feature of Bitcoin. Let us follow the trail of price from 2011 when it started at $0.30 (all values are given in the article as per Bitcoin basis unless said otherwise). In June price grew to the level of $31.50 and the fell at $4.77 within three months.

Sudden Rise in Bitcoin: What happened that within a span of 6 months Bitcoin price jumped more than 200%. That too after a fall of Bitcoin's price by 81% and more or less bearish 2018. There were certain changes in market dynamics. Why it happens well there are lots of theories but no one is sure of that.

Here are some of the possible and most realistic possibilities that might have fuelled the rise of Bitcoin.

Majority of experts are saying Bitcoin looks like a worthy investment opportunity but its volatile history is one drawback.​

What are the expectations of the market: Just like the experts, the market is also debating on what to expect from Bitcoin. Crypto enthusiast is expecting the total market capitalization of cryptocurrency can grow up to USD 5-10 trillion in five years. However, Harvard University Professor of Economics and Public Policy Kenneth Rogoff is assuming long term value of Bitcoin will be much less than present value.

All in all market sentiment now expecting the price of Bitcoin to grow.

Conclusion: Will the price rise sustain? What will happen to BTC? Market sentiments are not only it will sustain but it will grow also. However, like any other asset class, nobody can be sure about the future of Bitcoin and its price indexes. What is sure though is the interest on Bitcoin has renewed again and the Bitcoin's interest will be there for a longer period of time. 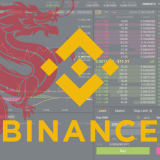